Michael Jackson’s Thriller album was released the year I was born (1982) and it was in my elementary years in South Carolina that the king of Pop ruled the world. In the third grade, I remember dancing with my friends to the songs “Black or White”, “Billie Jean”, and “Beat It.” I remember the lines and beats to this day. I remember the particular inappropriate, awkward move that he displayed on stage once… that my classmates would try and imitate! (you know what I’m talking about!)

Regardless of the good and bad in his life, I remember Michael during my childhood so those were good memories of him for me. I lost track of him completely after that and I didn’t care much about him. Today, I’m amazed at how for so long, not much was said about him but all of the sudden since his death, the world is texting, twittering, emailing, and calling all those they know in shock. And I don’t know if it’s just because of his unmatchable talent, or how we associate our memories with his music. It takes us back.

The one thing I noticed about his death yesterday is the dash between 1958-2009. A simple dash yet so critical. The dash represents his life and what was done in that time. The dash compared to eternity is so tiny, like an ant in a mountain of sand. I thought about my life and that some day I too will have a dash- whether I want one or not! God’s word says that every man has his appointed time to die. We cannot ignore the reality that death will come to us too one day. We cannot ignore the reality of heaven and hell and the consequence if we do not choose to accept Jesus Christ, God’s son as our personal Lord and Savior. How we live on earth does impact us when we die.

I don’t know where Michael truly is now, only God does.

But because of the seriousness that’s involved in his dash, I’ll never forget the day the king of Pop died. 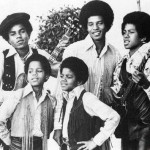