Yesterday baby John hadn’t been moving the usual way he had been in the past few days. His punches and kicks had subsided quite a bit. My doctor has me counting 10 kicks within two hours each night. A few nights ago, there weren’t really kicks but subtle movements. I remember the doctor telling me to call if I ever didn’t feel much going on.

This is strange, I thought. I told Jeremiah and he got a little worried as well so we called my doctor. The doctor said he didn’t think anything was wrong and not to panic, but to come in anyway and get a biophysical exam. Jeremiah was quiet and thinking about things the whole time as we waited. He was so nervous.

They did an ultrasound and he was moving and I caught another glimpse of his precious little face. He had grown and matured so much. I really fell in love getting to see him again and everything was absolutely perfect with little John. The doctor said his movements will change now as he is running out of room and that his head has dropped into position, so the movements may different now as well. We were very thankful to hear this. My doctor also told me he would have been mad if I didn’t call about it. I was glad about that too because I didn’t just want to go in to go in for nothing.

So we are at ease now and if anything, we are more excited for John to enter the world in approx. two months. I also forgot to officially post that we are naming our baby, John. He has been named after Jeremiah’s father. Life was pretty hard at times for Jeremiah growing up due to several things, but he wanted his dad to know that despite anything, he loves him and there is favor towards him. We chose to honor his name in this way. We are also delighted that the name John is strong and is a biblical name. Samuel comes from the fact that we liked the way it flowed and that it’s like my name: Sam-antha. 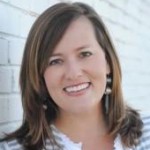 I'm a pastor's wife, mama to 4, and writer in Northeast Colorado. I love Jesus and I'm passionate about helping others live out their faith in everyday life. Thanks so much for stopping by.

The Surprising Places Where Your Marriage Matures

A Day at the Park

Looking for a specific topic?