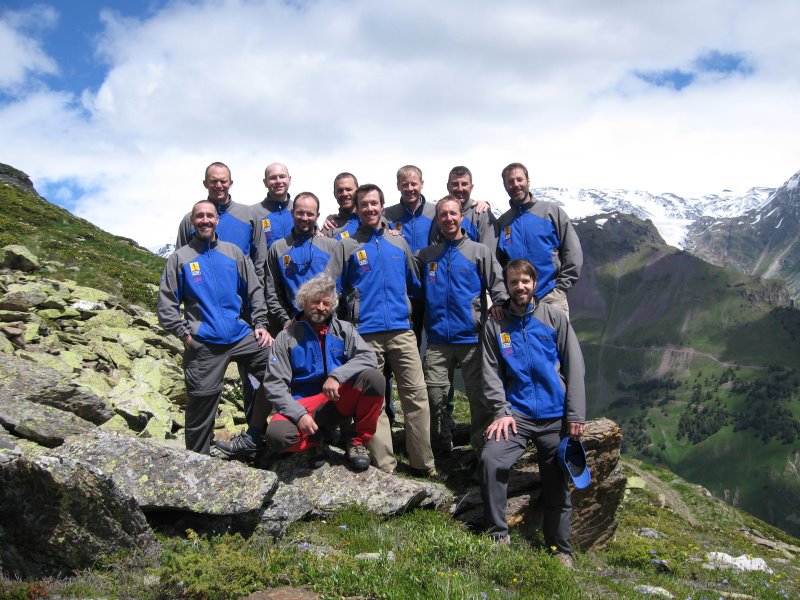 It’s not every day that I run into a bunch of guys who are willing to risk their lives by climbing one of the tallest mountains in Europe. But their their purpose behind climbing the mountain is what gave them greater hope and motivation. Their purpose inspired me in what it means to help someone who doesn’t have access to such a critical need.

Chad Madden, one of our producers was one of those guys, along with Todd Phillips who works with us regularly with our resources and at our Fusion and LeadNow events.

Chad shares his account of Elbrus:
I was asked earlier this year if I’d be willing to film a group of climbers attempting to summit Mount Elbrus, the tallest mountain in Europe at 18,500 ft.  Of course this meant I would have to climb the mountain as well, otherwise all the shots would just be of the group walking away from me, which isn’t good video.

I grew up in Houston, which couldn’t be flatter, and I now live in Dallas, which is, well, flat.  The last time I remember even climbing a hill was in elementary school, when I went to Colorado with a friend and his family.  We woke up one morning and looked out a window and decided we’d climb the nearest mountain (it was just a hill, but to 6th graders it looked like a mountain).  We made it to the top and planted a flag (a burlap bag with my name on it that my mom sent for dirty laundry) at the top, which probably was a federal offense or something, littering in a state park.

All that to say, I was woefully underqualified to climb a mountain.  But I’m not the sharpest knife in the drawer, so I said yes.

The group I went with was climbing to raise money for The Last Well, a movement to provide clean water to the entire nation of Liberia in the name of Christ.  Weird, climbing a mountain to raise money for water, at least that’s what I thought, but it’s funny how much you think about water on the mountain.  Staying hydrated is about the most important thing up there. That and not falling off the mountain. Or being eaten by a Yeti (we actually met someone looking for him/it?).

What seemed at first to be a strange connection turned out to be, I think, a great idea.  Basically, these guys took something they loved to do and found a way to help people while doing it.  They already had to pay for the trip, it could have just been a mountain climb, but by using it to raise money for clean water, it connected them to something bigger, it gave them a greater sense of purpose, and I think ultimately it made the journey much more satisfying.  And the non-mountaineering video guy survived without losing any fingers or toes, which was also quite satisfying.

At the end of the trip, Chad filmed teaching segments from Todd Phillips to be used in an upcoming series on leadership. I really enjoyed hearing Chad tell his story this past week especially how he didn’t struggle with altitude sickness like the majority of the crew. I’m not sure how I would handle the mountain. Maybe I would get sick, maybe whine or complain but I hope that I would be thinking about the people in Liberia more than anything. That is certainly what kept these guys going forward. 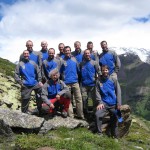